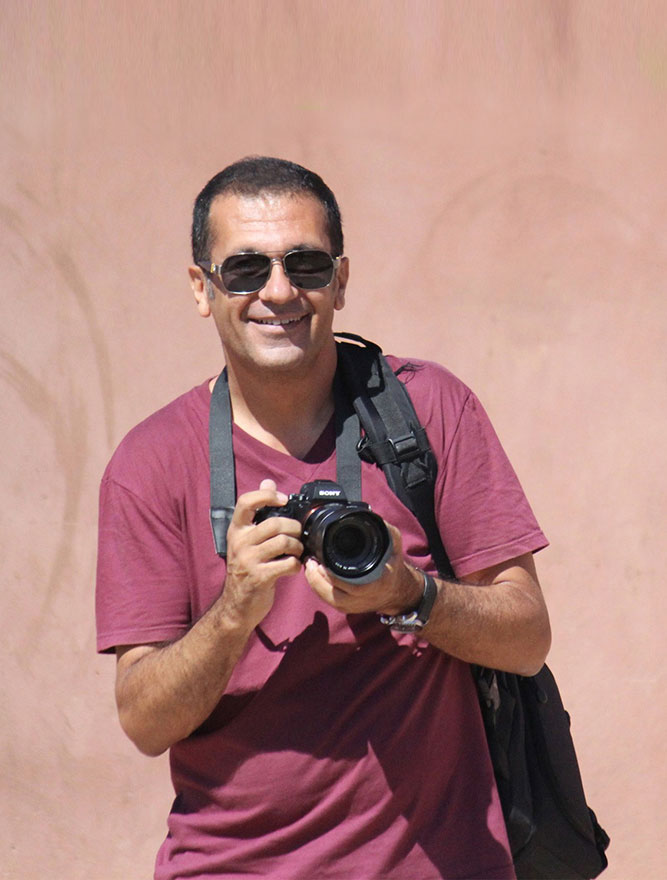 Let me introduce myself!

I am Manolis Metzakis, an amateur but passionate photographer, since 1989, while I was a university student.

There are a million things that excite me about photography, but what thrills me mostly is “capturing the moment”! Especially the decisive moment, which will remain unchanged over time!

Manolis Metzakis  was born in Iraklion Greece, He is a graduate of the University of Crete, with a degree in Mathematics. He is a doctor of photography with replacement from the Institute of Technological Education, of high art work with a doctorate. He also has postgraduate studies in the department: studies in education

In 1989 he joined the Hellenic Photographic Society of Crete.

In January 1992 he stood, for the first time, as a candidate to the Administrative Committee of the H.P.S. of Crete. On being elected he took up the duties of General Supervisor till 2000.

He was the President of the Hellenic Photographic Society of Crete from 2000 till 2014.

In June 2008 elected as a member of the Governing Board of Global Photographic Union GPU former UPI and has been its president since February 2009.

From 1990 onwards he has participated in national photographic exhibitions with fine art photographs.

From 1993 onwards he has taken part regularly in international fine art photography exhibitions.

The Photographic Museum of Catalonia and museum of EL-GRECO have in their collections fine art photographs (7 and 5 each) of his.

In December 2009 the Global Photographic Union awarded him the title GPU CROWN 3 and in June 2015 CROWN 5. In April 2012 he was awarded the highest title GPU ZEUS.

In July 1998 he became a member of the Hellenic Guild of Fine Arts.

From 2000 he has taken part to many national and international competitions of fine art photography as a judge.

He gives a lot of lectures in different countries around the world.

He writes articles in many international photographic magazines.

He has had a lot of personal exhibitions in Greece (Heraklion, Athens, Rodos, Santorin, Preveza, Neapoli) and abroad ( Romania, Tirgu Mures, Oradea, China, Ukraine, Egypt, Italy, Switzerland, Australia, Belgium, etc). He has also participated in many group exhibitions and Biennales in various countries around the world

He was the plato photographer in the films EL-GRECO and KAZANTZAKIS.

He has organized several photo festivals in different countries, with more than 120 participants each.

He has been employed by the Technical Institute of Higher Education of Iraklion from September 2000 till the end of 2010, where he was teaching Fine Art Photography and Biomathematics. He has written  analytic books with notes for the purpose of the cources.